I’ve said some rather unhelpful things in my work as a therapist over the years. After fourteen years on the job, you’d think I’d know better. Actually, I often do understand that I shouldn’t say certain things to people who are suffering, but I manage to hear them coming out of my mouth regardless.

Such mistakes aren’t merely failures to be sensitive or kind. Many of us say hurtful things to other people when they are suffering, in spite of our wisdom. Maybe you’ve been on the receiving end of such comments after a miscarriage, a car crash, a divorce, or a diagnosis. Sometimes they come from people who love us, and we wonder “why would they say that?” 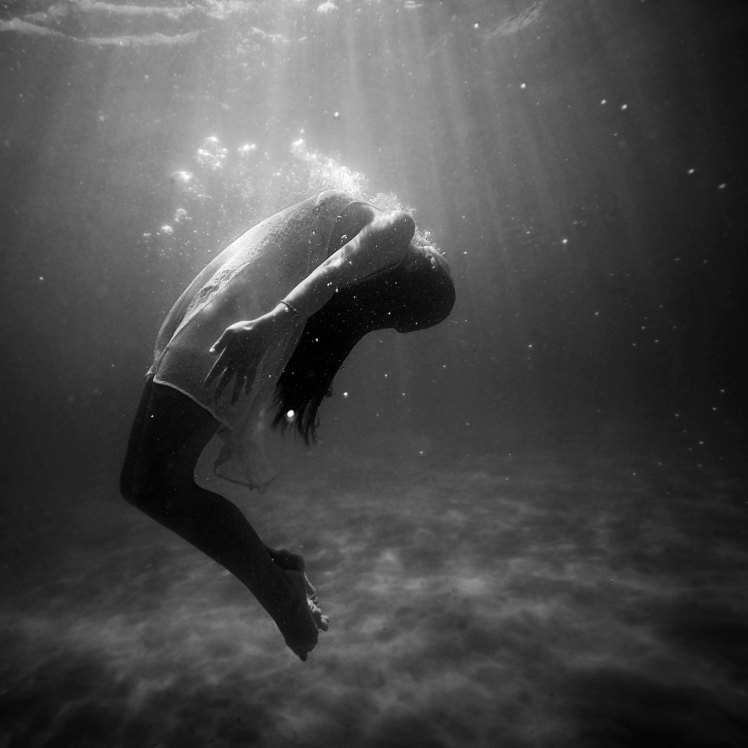 It’s not that we intend to hurt other people’s feelings, in fact, it’s often the opposite: we’re trying to be helpful. We might have good intentions, but the impact can be entirely different than our aim.

Very often words that wound rather than heal involve trying to clean up the awful, dark, terrible times the other person is going through. And so often we hurt others inadvertently because of the feelings their suffering evokes in us. It may seem like putting things in perspective for the other person is doing them some kind of favor, but the truth is we’re very often saying things like this because we want to feel better. Like most humans, my blunders as a therapist often involve withdrawing from other people’s pain for the sake of my own comfort. We say things to dodge the unpleasantness or redirect the conversation. Sometimes we even focus on a positive because, well, how there be anything wrong with that?

“At least you can still…”

What makes it so hard to resist speaking these words out loud is that they often have some truth to them so saying them seems entirely justified. But they minimize the experience of the person who is suffering. We want the words we speak to reduce their pain because it helps us feel more comfortable. But those words hurt because they challenge the validity of the suffering. Sometimes when we think we’re saying, “things will turn out okay,” what we’re communicating is, “you’re not okay to be upset by this.” The other problem with our minimizing comments is that they put distance between the helper and sufferer. This further increases the isolation that is so often at the core of emotionally painful experiences. Our words of intended comfort can easily widen the gap when we fail to align ourselves with the person who is suffering and the pain they feel.

“Other people have it worse…”

Now that might feel terribly selfish to think that we’re trying to make ourselves feel better rather than actually help the other person. Likely the truth is that our motivations are mixed. When humans feel a certain amount of discomfort, we tend to prioritize our desire to manage our own feelings. Sometimes we choose to do this by saying something that appears positive or has a ring of truth to it so that we can feel helpful while still quelling the adverse reactions in ourselves. Such is humanity – we’re magnificent and messy – all of us.

“I know a friend who went through the same thing…”

Our brains are wired in some surprisingly “selfish” ways. While doesn’t justify being a jerk to other people, acknowledging that we’re prone to self-centeredness is crucial if we ever hope to overcome it. Being truly helpful to other people requires a lot of swimming against the current of our biology. Your brain is often dominated by structures that prioritize the management of potential threats. The suffering of other people poses a threat to us, whether we recognize it or not. We don’t even have to have known our neighbor’s Aunt Hilda for their death to evoke anxiety and sadness in us. Attending a funeral, visiting someone in the hospital, or even reading a tragic story can stir our deepest vulnerabilities. Aunt Hilda might not mean much to us, but it reminds us that someone we love will someday lie in a coffin and that we ourselves will eventually die. There’s a vortex of fear and suffering in all of us, and it doesn’t take much uncover it.

“Something good will come from this…”

Suffering can begin to feel like a contaminant that needs to be avoided and quarantined. So we try to contain it in bits of stories and wisdom that appear to give us explanations for why these things happen. Explanations feel empowering. They create illusions that help the world seem stable and predictable. They offer solutions or protection. But they also lead us to minimize the suffering of other people, or even worse, blame them for their hardships. When we interact with people who suffer our faces and body language, suggest we’re trying to comfort them, but inwardly we’re doing all the mental gymnastics necessary to keep our difficult feelings under control.

“You’ll never be given more than you can handle…”

Recently I listened to a beautiful and heart-wrenching talk from history professor Kate Bowler. After being diagnosed with terminal cancer in her mid-thirties, she struggled with all the ways people tried to manage their discomfort around her tragic story by offering pieces of wisdom like, “everything happens for a reason.” She insightfully observes that her diagnosis shattered the illusions of certainty for everyone involved. While most people thought they should offer some solution or explanation for her suffering, what Kate realizes she needed in her crisis was an acknowledgment of how awful the situation truly was.

“I had something like this happen to me once…”

We all need people just to be present in the awfulness of the situation. We don’t achieve that by comparing our lives with theirs. Yes, maybe perspective or inspiration or experiences, or stories of overcoming could be of value later on, but not right now. In our darkest moments, we need people to face how terrible things are, with us.

So how do we avoid hurting others with our words in the midst of their suffering?

1. Use empathy to guide your words and your actions.
Ask yourself, If I was in this situation what might be helpful? Don’t assume your empathy is entirely right, but do use it as a guide.

2. Say less than you are tempted to say.
Lots of us want to fill the space with chatter when we’re uncomfortable. Learn to tolerate the quiet and silences.

3. Listen more, but don’t be a pest with your questions either.
People may not want to tell their story again or explain things to you.

4. Be present with the other person.
Presence is an art and a discipline, too rarely practiced by many of us, but sorely needed in the world today.

5. Acknowledge and work through your own internal discomfort.
Your difficult feelings are okay and can help you if you’re willing to befriend them. Pay attention to them. Name them. Talk to somebody about them.

6. Be real about your own reactions, but don’t make the suffering person your therapist.
Being “strong” or stoic for others is rarely helpful. Share your feelings about the situation but don’t make this about you.

7. Ask other people what they need or what might be helpful.

8. Allow for the fact that you might still make mistakes and say unhelpful things – but be sensitive to their reactions and quick to apologize.

Even experienced helpers regularly miss the mark when it comes to saying words of true comfort and healing to those who are suffering. What we aim for is not perfection, but instead learning sensitivity to recognize how our words and actions have failed to be helpful. We learn to tune in to our own reactions and use them to help us engage the suffering further rather than avoid or manage it. You don’t need a degree to do this. Loving – putting the best interests of others ahead of our own – is the work of a lifetime. And our engagement with people in their difficult times is perhaps one of the best places to learn and practice.

2 thoughts on “Why do we say hurtful things to people who are suffering?”